Is It Time To Boycott India’s BJP? 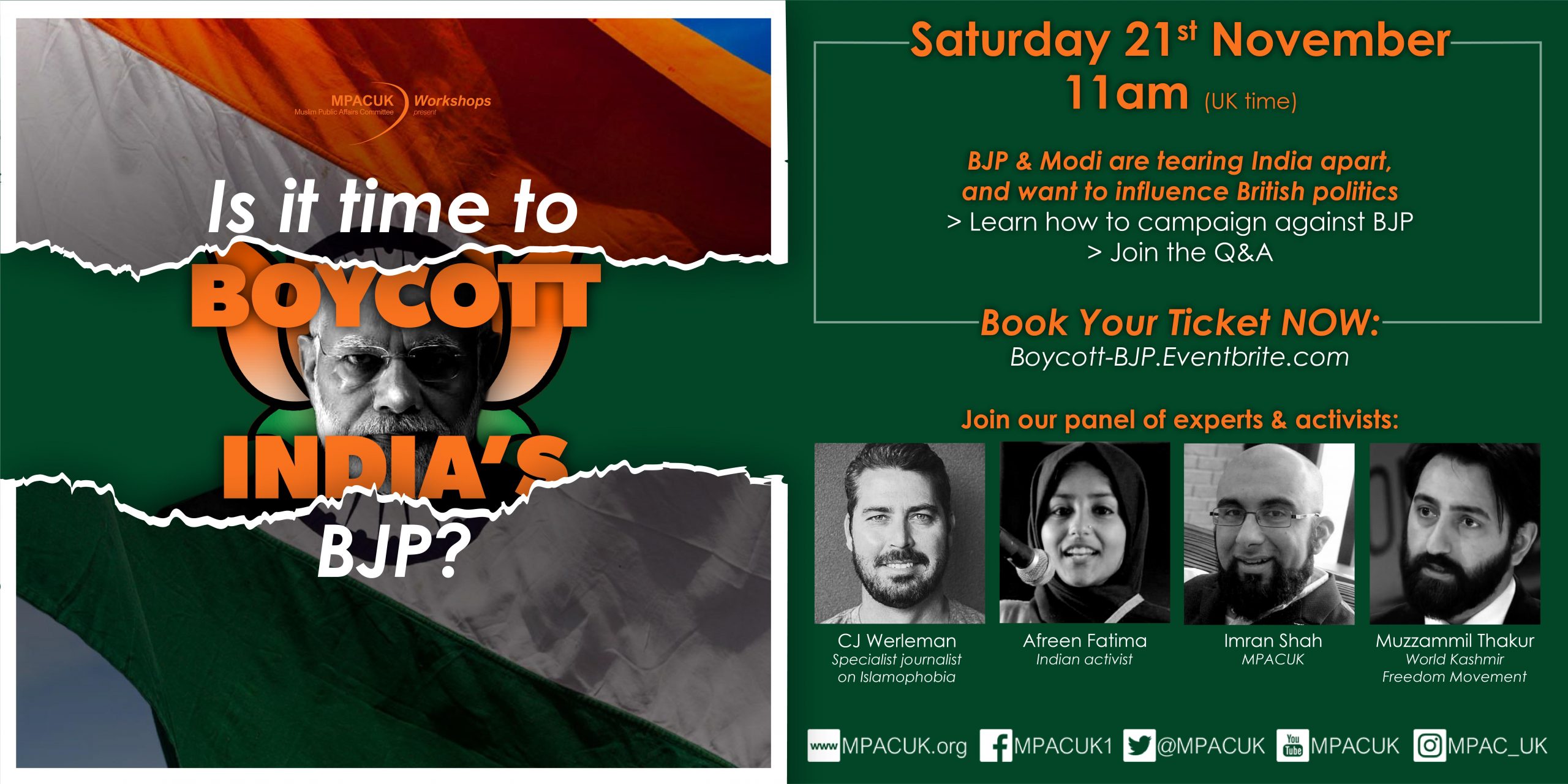 BJP & Modi are tearing India apart, and want to influence British politics. Learn what they’re doing, and how to campaign against the BJP.

India’s ‘Bharatiya Janata Party’ (BJP) has always run on a divisive manifesto, and under the brutal leadership of Prime Minister Modi they have been successful in implementing it – to disastrous results for the Muslims & minorities of India and Kashmir.

Kashmir has been annexed, thus breaking India’s promise of a referendum. Across India, Muslims & minorities face violence from grassroots ‘cow vigilantes’ and lawmakers stripping away their citizenship.

As if this is not reason enough for Muslims in the UK to campaign against the BJP, it is clear that Modi is trying to grow his party’s influence here too.

Book your place at this free event to learn more, and to join the campaign to boycott the BJP.

Feel free to promote this event with the event poster: 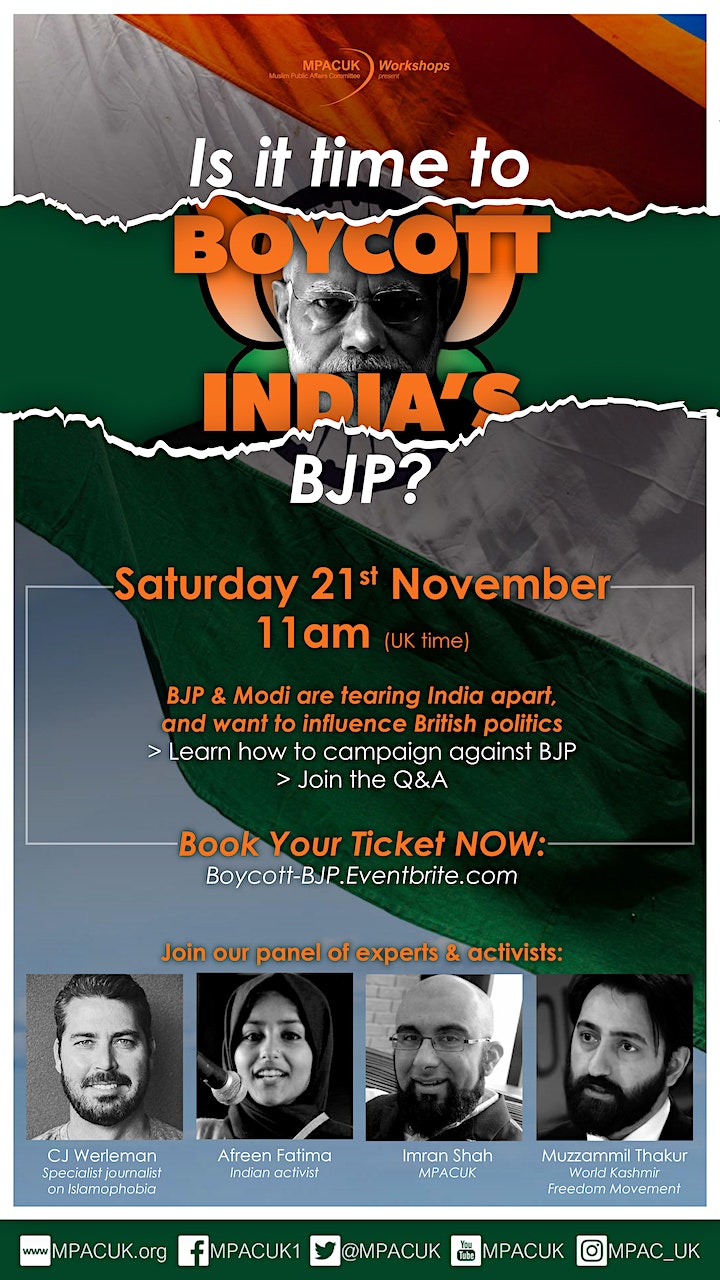