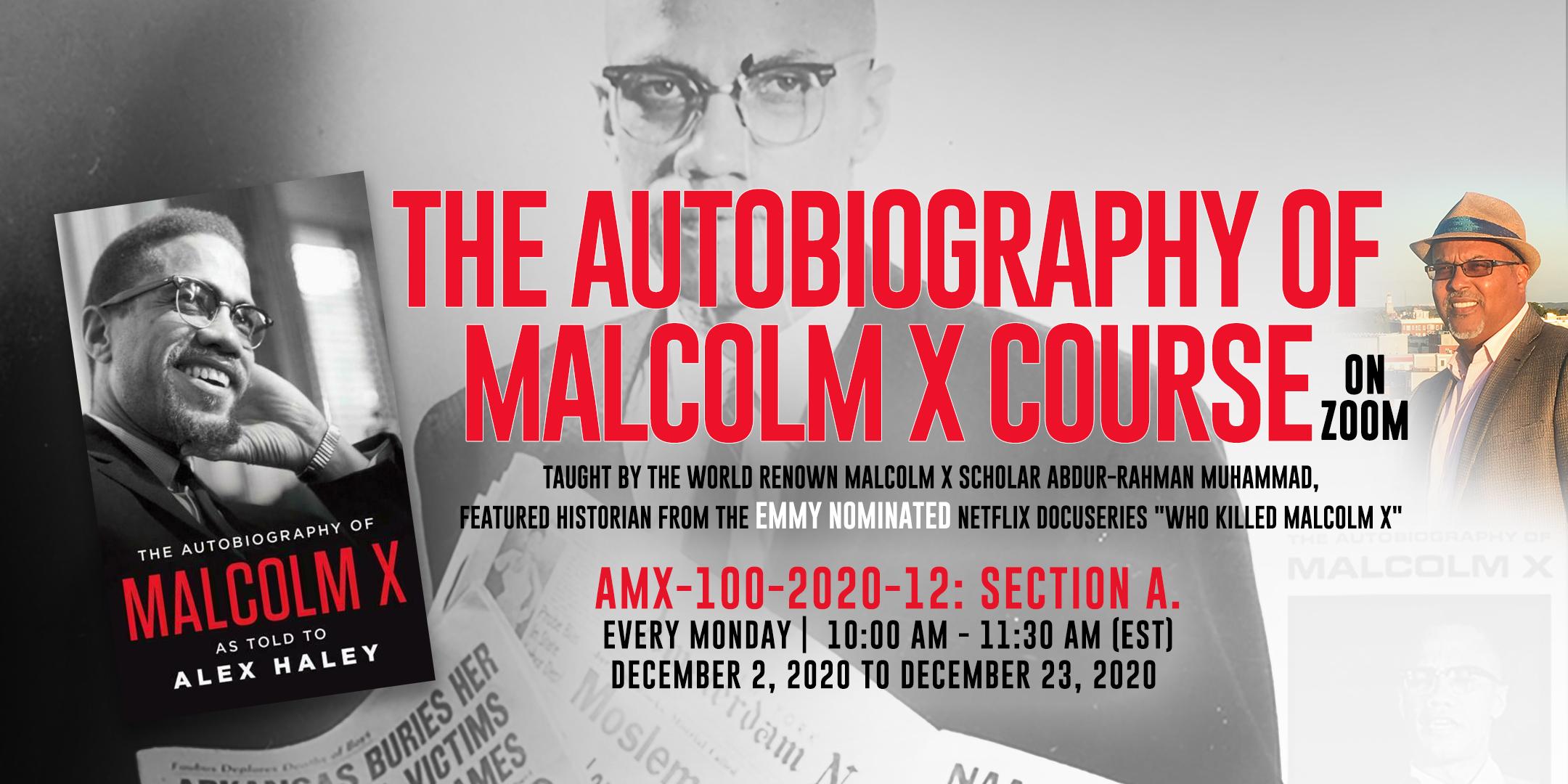 This course will offer students the opportunity to delve deeply into the life of Malcolm X by way of his iconic autobiography.

This course will explore in meticulous detail the life and development of Malcolm X (El Hajj Malik El Shabazz), the preeminent champion of Black freedom and dignity during the 1960’s civil rights era, by critically examining the powerful narrative he left us, The Autobiography of Malcolm X. We will approach the study with the keen eye of the historian, seeking to uncover the people, places, and events that make the book as impactful and transformative as it is. Great emphasis will fall upon Malcolm”s Garveyite parents Earl and Louise Little and the philosophy of black pride and empowerment they assiduously ascribed to, as well as the consequences they were made to pay for it. Attention will also be given to the biographies of Malcolm’s siblings. And for the first time in history the identity of Louise Little’s white father will be revealed.

Students will learn the true identity of his closest friend in the streets of Boston “Shorty”, along with that of his white girlfriend “Sophia” and the young black woman he jilted, “Laura”. New information recently unearthed regarding the identity of “Bimbi”, the prison intellectual who introduced Malcolm Little to the power of words in the Charleston State Prison in 1947, will also be examined.

Of course, great attention will focus on Malcolm’s Nation of Islam years and the force he would make it by dint of his sheer commitment and Herculean efforts, along with a treatment of the towering, yet profoundly flawed, leader of the organization Elijah Muhammad. We will also probe deeply into the many factors that led to Malcolm’s disaffection and ultimate break with the NOI, culminating with his embrace of traditional Islam and historic pilgrimage or Hajj to Mecca and journeys throughout Africa.

And so much more!

Attendees will receive an email ZOOM link to each class roughly 20 minutes before class time.